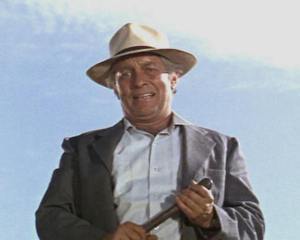 I recently spoke at the Location-based Marketing Summit.  If there’s one area where everyone is polishing their crystal balls, it’s in the future of location.  And, inevitably, the discussion turned to monetization.  As you can imagine, the first source for monetization that began to echo through the conference was advertising.  As I pointed out when I spoke, I like a paycheck as much as the next guy, but I wish there was a little more delay before we start to see an advertising discussion start around new platforms.  A little more time to let the concept breathe, and more thought put into how to use the platform for true, rather than artificial engagement. What I’m seeing, whether it’s at the Fortune Brainstorm Tech conference, or at the Location-based Marketing Summit is a conversation that is starting to be dominated with an advertising voice – whether that’s from ad networks, technology providers or agencies and brands themselves.  It’s becoming predictable that, before the conversation begins about how people will actually use the new medium, how the platform will grow a community and what role the technology means in the greater context, someone in the back of the room stands up  and asks about the ad creative dimensions. I was reminded of this by the news/rumor that Twitter will begin to push ads into a users Twitter stream.  Twitter has a couple of years on the location platforms, but it’s still at a critical point in its evolution.  Is it that pushing ads into the experience is the only way to help get to its monetization goals, or is it a lack of creativity – on Twitter’s part or the part of the brand and their agencies – that other alternatives haven’t been explored?  Like anything, if you try to force it into the experience, the community will react negatively.  But, the last two offerings I’ve seen from Twitter that point to a monetization effort have been (paid) promoted Tweets and now potentially ads in the Twitter stream.  I think there needs to be more innovation on the part of the platform to find new and interesting ways to build an experience, rather than defaulting to advertising as a go-to strategy.  Admittedly, it’s difficult for me to give Twitter too much of a hard time for this.  I’m not the one sitting across the table having to justify my existence with investors, and they now face a similar challenge as Facebook with a platform that’s interwoven into the fabric of the social media experience.  I just hope that more opportunities for innovation and experimentation can lead the conversation and be given as much credence as monetization through advertising.

(There are any number of holes in this, so if you feel like weighing in, make sure to let me have it in the comments.)

UPDATE: In the spirit of fairness, here is an account from AdAge of Twitter in-stream ads as told by a user who has them.